The IK rating is an international code which measures the degree of protection against mechanical wear and tear as well as the amount of impact a specific fixture can take. Essentially it is a measure of a fixtures robustness and durability.

So why is a fixtures IK rating important and when do they become relevant when choosing a fixture?

If you are choosing a fixture which will be fitted within a high traffic area such as street, highway or other commercial environments, then it’s important to choose a fixture with an appropriate IK rating.
If a fixture was to become damaged, it could result in the fixture failing to work efficiently, or worse still, failing completely.
You don’t need a fixture which is highly resistant if there is little or no risk of impact. So, analyzing your risk of impact is the first step in deciding if you need a fixture with a high IK rating. It’s not just high traffic areas which need IK rated fixtures, but if the area is prone to vandalism it’s a good idea too.
For areas of low risk an IK rating of IK07 and below is ideal. IK08 is great for areas which provide a reasonable risk of impact, whereas for maximum protection in places such as parks, schools, prisons and subways IK10 is essential.

The degree of mechanical protection is identified by a code that consists of the letters IK followed by two digits: 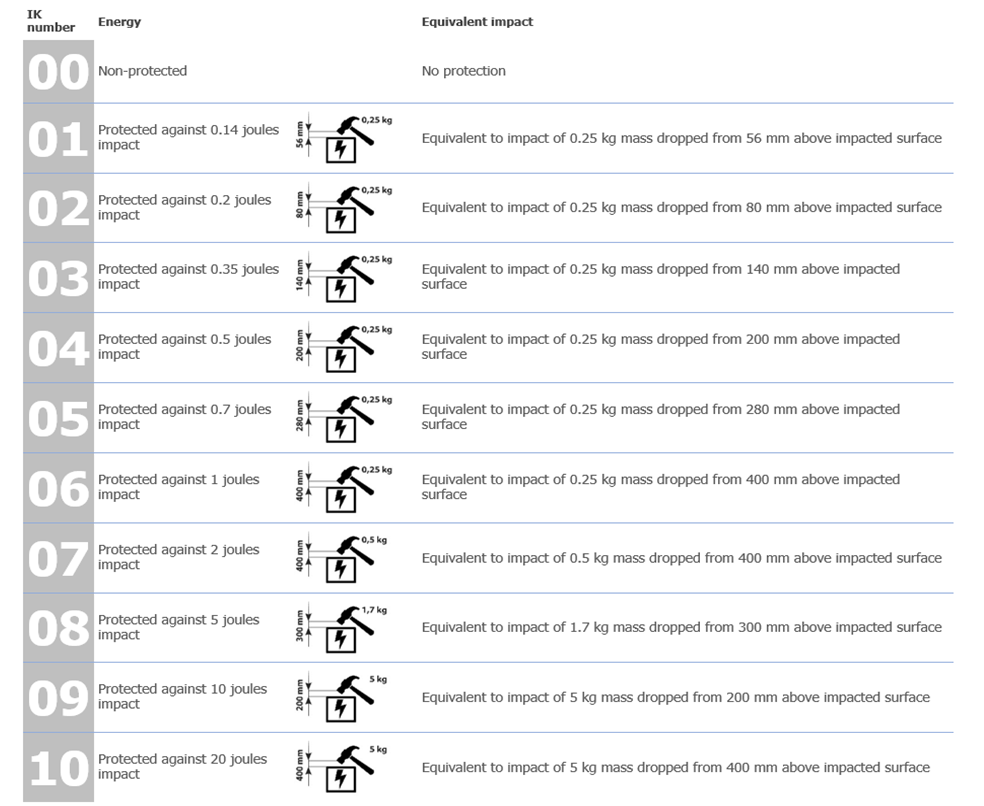 Here you can download the leaflet „DEGREES OF IK PROTECTION“ in English language: